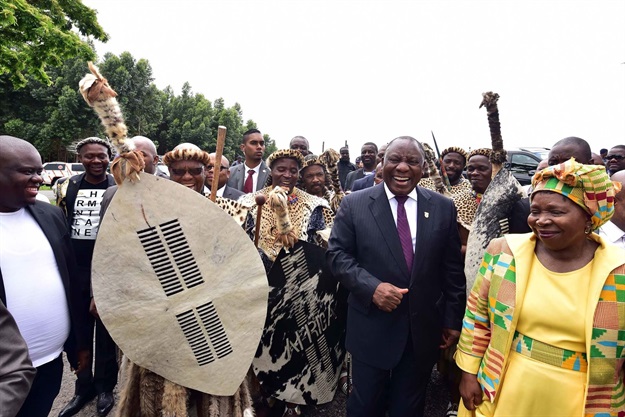 Government is intensifying the implementation of land reform and restitution programmes so that South Africans can leverage land for the betterment of their lives and the growth of the economy. This is according to President Cyril Ramaphosa who led a land restitution ceremony on Sunday, 14 October. He handed over 4,586 hectares of land to the community of KwaMkhwanazi in Empangeni, KwaZulu-Natal.

“This government is resolute in our commitment to returning the land in an orderly and lawful manner. We shall not allow illegal land occupations,” Ramaphosa said.

He said more than 20 land claimants will have their land returned to them as part of government’s land reform programme.

“It is our firm belief that communities must take great interest in their land restitution processes and be active participants in all enterprises and activities taking place on their land.

“The concept that will be developed through piloting the Mkhwanazi land claim settlement will be rolled out to other land claims across a number of sectors and industries. This is the first of a number of land claims that we aim to unlock over the next few months,” Ramaphosa said.

“This community can be exemplary to other recipients of land through its active participation in the administration of funds received through the Phalane Trust.

“The Mkhwanazi land recipients, through the Phalane Trust, currently own sugarcane enterprises and the Forestry Inn Hotel Pty Ltd that operate on behalf of the community and we encourage this type of entrepreneurship. We admire the financial savvy shown by claimants in 2011 who developed two disbursement models for funds received from rental income,” Ramaphosa said.

The president said access to land in all its uses – from agriculture to urban and industrial development – is at the heart of access to a better life for all South Africans and better opportunities and returns investment and trade partners around the world.